Learning From Any Video Knowledge Version – Mp3 and Audio Talisman 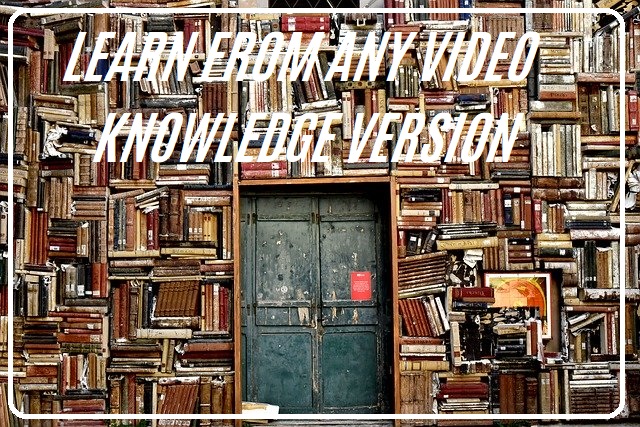 Learning From Any Video Knowledge Version

These mp3s are for accumulate more knowledge. Maybe there is interesting topic or just mind beliefs that you would like to master.
In both examples Learn from Any video mp3s will speed up learning process.

Example can be different:

1). Learn about good diet, or chi mastery, positive thinking mind-sets
2). Learn the topics that are required to your studies
3). Even learn jokes and keep the optimism.
4). Learning anything you want.

This is for both visual and sound that provide the video.

Mp3 can be listen on low volume or use multiple copies at pen-drive which watching.

The Mp3s (at Audio talismans at the same time) are made exactly according to this energy:

Learning from Videos (mostly YouTube, but it can also be different DVDs) – and this is the Knowledge version, so for learning different things, like about health, any topic. Also with elements of positive protection of manifestations. If there is video with Mantak Chia where he talking about chi energy and importance of ejaculation mastery – idea it so get his knowledge, learn it. If this is video for example of Yogi, Buddhists, or another one, the idea is to get his knowledge, to learn something from him, also supported by Akashic Records and super learning. Any type of video is applicable, the idea is to become most enlightenment, and also kind of super human, as one of you mention once. In fast way accumulate knowledge from YouTube videos. BUT there is something important to say: It is the version for guys only, because if someone took video with a girl that making kata or making the exercise, or anything else the bad idea would be to getting into kind of “femine” moves, so, let’s making it only for guys.

Version for those less SENSIVE people:

Please try to not choosing the videos that contains “inappropriate” content and to make it works, choose videos and loop them – and watch videos everyday or every other day at regular basis.

So for example you would like to learn speaking fluently about Republic of Plato – choose the video from Ancient Philosophy Channel and learn about it – by repeating the video about 20-30 minutes per day for at least 14 days.

Of course for example if you have a date this morning – you may took different comedy videos with jokes and watch it thru 2 hours before a date – for sure it will make you more fun and outgoing.

The same, rule of repeating learning material is the best – however if you like long learning sessions it will also works this way.

Learn from any Master Directly:

In most modern browsers such as Chrome, Firefox or Opera there is add-on, extension called as “YT Loop” – mostly it will loop the YouTube video and if you have playlist with videos to learn it would simplified the learning process.

Repetition is not only important in learning – also all others SMF mp3s gives the best results when used at regular basis.